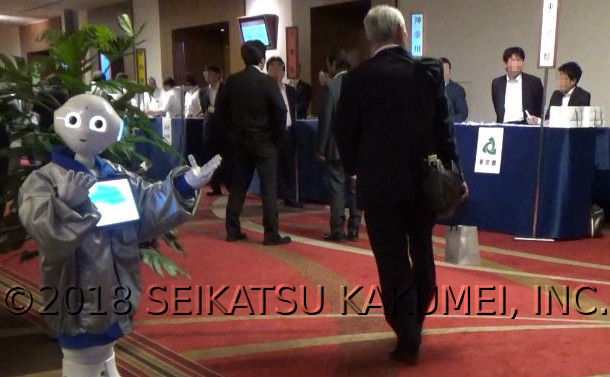 This will be our last robot case example update for the year.

This year has been a Robot Party Reception Service year from start to finish.

This year, it’s become very clear that when using Pepper, there are successful examples and there are failed ones. At our company, it’s like we’ve caught a tailwind. It’s become recognized that there are good and bad among Pepper robots, and this year, the number of discerning-eyed customers choosing Pepper powered up with Robot Party Reception Servicehas grown.

From a major overseas company’s visit to Japan party, to a certain ministry’s international meeting, to a large commercial facility, to international convention center booth information, to medical manufacturer’s trade booths and so on, it’s been a year of serious events gone full swing.

This blog is an example of a repeat order. This is the story of how this year, an industry group found success using our Robot Party Reception Service for the first time, then, several months later, was eager to use it again. The dispatch destination was Saitama Prefecture Truck Association’s 63rd Kanto Truck Association Business Convention. It took place at the Urawa Royal Pines Hotel. 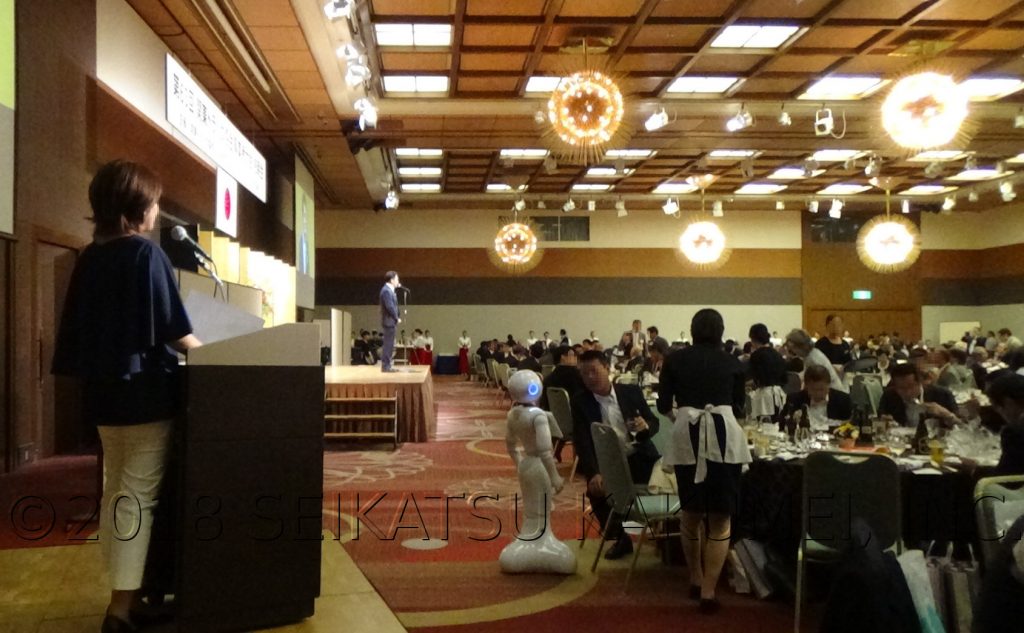 Like the previous time, All Japan Trucking Association Youth Panel Kanto Block Event, this large convention was also a gathering of several hundred transportation operators belonging to the Kanto block, consisting of a workshop and an exchange meeting. In the world of logistics as well, the changes in AI and IoT technology are an urgent industry topic. So, logistics managers need these to be understood as common knowledge. For that reason, feeling the effectiveness of Pepper powered up with Robot Party Reception Service, it became a repeat request.

As for the contents, they followed the previous event’s example of success. Moving around the party venue, it provided venue and schedule information. Afterwards, at the main party hall, Robot Party Reception Service delivered smart hospitality. (As for the detailed contents and what that means, the information is the same as in the previous report.)

However, considering the previous favorability, this time, the number of robots increased to two. 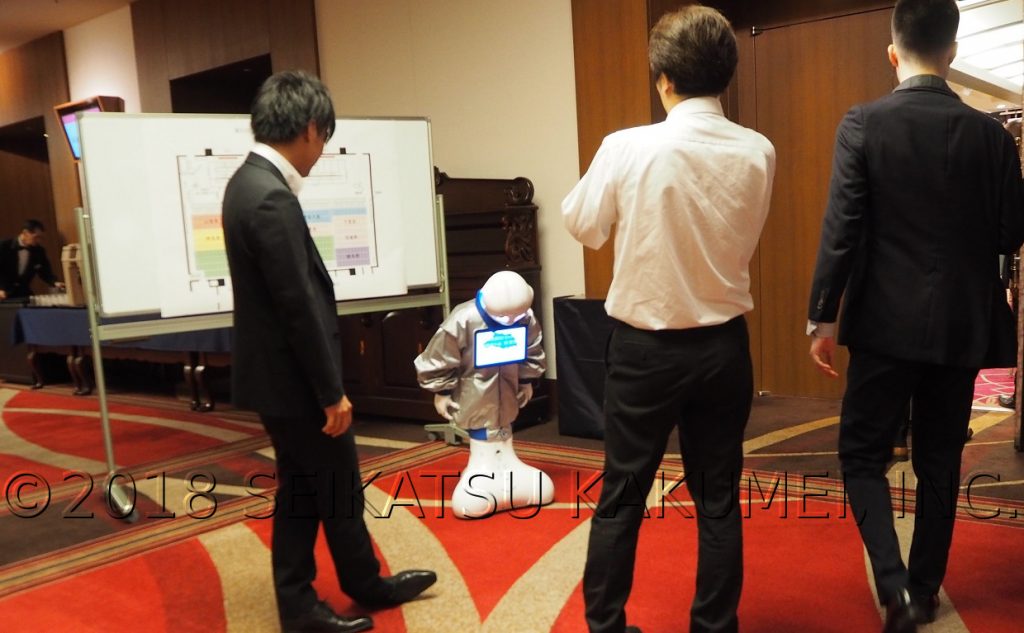 And the feedback was?

The contents were just about the same. (Actually, the system had a version upgrade, so there were some fine improvements.)
However, did it bring good results this time as well?

This time wasn’t the youth section meeting, but the main convention, so a large number of the guests were older. Sometimes with Robot Party Reception Service, guests say, “it seems a little embarrassing to talk to a robot”, yet these same guests gradually decide to go talk to the robot on their own. That’s why a really large number of guests were able to meet and interact with Robot Party Reception Service, with its powered up communication ability.

“With this, we’ll be out of our jobs. Should you really be working?”
“Robots are really amazing…”
“I wonder if ____ can be managed using robots. Can you do it?”
“You’re really interesting. Guess my age!”

and so on, called in for the purpose of having fun, it seems the impact of technological progress and its connection to work could be felt. 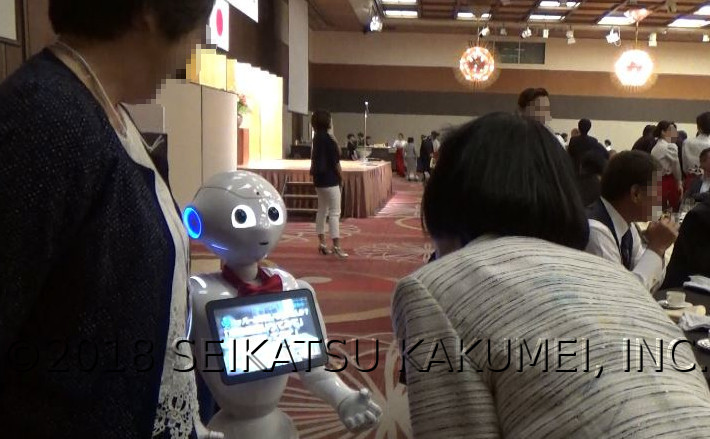 Additionally, and impressively, after Pepper left the tables, many of the managers discussed future anticipations among themselves in a lively manner, such as, “Can ____ be done using robots and AI?”

Through the ability to feel and interact with this technology, guests were led to a deeper understanding of related technological issues.

The value has been exceptionally verified, but for conventions looking to conquer the future, yearly anniversary events, award shows, and so on, this past year has confirmed once again the value of Robot Party Reception Service.

Looking to 2020, awareness reform within industries, companies, organizations, and communities is certainly in place, but aren’t there many of you out there to whom it is a topic of the utmost importance?

If that’s the case, then we can recommend Robot Party Reception Service, which in 2018, has already been utilized by a great number of industry groups and companies both national and international.

If perhaps you have similar considerations or concerns, please make sure to let us know. Our staff, who have gained even more experience this year, will listen attentively.